Empathic Listening – How It Helps Relationships, Business and Ministry

So I learned a new term after reading Stephen Covey’s book, “The 7 Habits of Highly Effective People“. The term is “Empathic Listening”. In short, empathic listening is the art of actually caring about someone you’re talking to. The goal is to first seek to genuinely understand a person, and then to be understood. When someone discerns that you’re actually taking initiative to clearly understand them, it’s more likely that they’ll reciprocate the listening.

This, however, is easier said than done. Most of us seek first to be understood, and don’t really care about understanding the other person’s point of view. This is especially true when we disagree. We spend most of our lives learning how to communicate our thoughts. We rarely, if ever, learn how to listen well. Often times, especially in disagreements, we wait for the other person to stop talking so we can share our point of view; rather than taking the time to genuinely and deeply understand theirs.

Though this term was new to me when I heard it from Covey, the principle is not. I’ve been practicing this skill for a few years now, and have experienced great results in all areas of my life.

How empathic listening helps my relationships

In The 7 Habits, Covey talks about “emotional deposits”, which essentially are ways to earn trust with someone. Basically the theory goes like this: when you make enough deposits in someone’s “emotional bank account”, you’re more free to make a withdrawal. Emotional withdrawals are things like disagreements, corrections, mistakes, failures, rebukes, reprimands, etc. Things that are often likely to hurt our feelings or pride. However, emotional deposits are things like affirmations, complements, follow-through, acts of kindness, etc. Covey points out that one of the biggest deposits we can make into a person’s emotional bank account is empathic listening – seeking to genuinely understand them.

I’m very much a type-A personality. So is my wife. That means there’s a lot of opportunity for clashing and “intense fellowship” (which is a nice way of saying all-out-brawl). Disagreements in my household are inevitable. If we’re not intentional about how we are to disagree then it can get pretty ugly. One of the rules we’ve tried to implement (imperfectly, but at least we’re trying) is allowing the other person the opportunity to clearly express their point of view. And listening doesn’t mean I just shut up and wait for the noise coming from her mouth to stop so I can chime in with the correct perspective. We truly want to understand each other. This doesn’t mean that we are going to leave the conversation in agreement – we often don’t. It means that we value our relationship enough to genuinely and deeply understand each other, even if we disagree.

How empathic listening helps my business

As the Lead Strategist for Butler Branding, Discovery is a huge aspect of my job. Discovery is where we seek to learn about the brands we represent as well as the users they serve. I literally cannot do my job without deeply listening to my clients. However, when I first started Butler, we were not a Brand Strategy agency; we focused primarily on Brand Design (making things look pretty). The thing about designers is that they’re a dime a dozen. With the state of the internet and how readily accessible design education and tools are, the supply of good design tacticians is abundant which drives the price for decent design way down. However, what’s not so readily accessible or easily attained is the ability to strategize, and especially to bridge the gap between strategy and design. What I’ve found is that the best designers are those who design from a strategy, and one of the primary keys to helping brands strategize their branding efforts is to know how to listen and what to listen for.

When I dove into the world of Brand Strategy, I dove into the world of professional empathic listening. This art has literally helped me differentiate my company from the competition. Rather than competing (offering a variation of something that already exists) I prefer to differentiate (offering something completely different). Empathic listening has helped us do just that, and the results include a 10X increase in our average size engagement.

How empathic listening helps my ministry

I love to share the gospel with people. I often go out with Fresno Street Ministry on the first Saturday of every month to share the gospel with complete strangers on the street. From the very first time I shared the gospel until now I have always been met with people of opposing beliefs. I’ve interacted with Atheists, Agnostics, Hindus, Muslims, Buddhists, Mormons, Jehovah’s Witnesses and all sorts of people from varying philosophical worldviews and religious beliefs. By virtue of being a Christian, it goes without saying that I disagree with a lot of people.

I’ve noticed many people in my evangelical tribe who also love to share the gospel, and who likewise come across people with varying beliefs. However, I’ve also noticed from some of these same people an attitude of pride and arrogance that displays itself with the assertion of truth apart from seeking to hear the people they disagree with. Before I go out to share the gospel, it is already assumed that I’m going to disagree with people. My goal is to remove any stumbling blocks that would hinder them from hearing the gospel. Seeking to be heard without seeking to truly listen is an enormous stumbling block that brings unnecessary offense, hindering my ability to clearly convey the message of the gospel.

Employing empathic listening when presenting the gospel isn’t a compromise of the truth, as I’ve been accused of. When I seek listen to the person I’m speaking with, I’m not saying “you’re beliefs are as true as mine”. What I am saying, however, is “I truly want to know where you’re coming from and feel what you feel before I make an emotional withdrawal”. I want to understand you before I disagree with you.

Few things are more annoying than listening to an argument where someone is disagreeing with something the other person doesn’t even necessarily believe. For example, I remember sharing the gospel with a woman who told me that she was a Jehovah’s Witness. I’ve had plenty of previous conversations with other JW’s and have extensively researched JW doctrine and theology. I was prepared for this conversation! Many evangelicals who have likewise studied JW doctrine would hear those words from this woman and start arguing with her according to their presupposition of what they think she believed. I chose, instead, to ask lots of questions. It turned out that she really didn’t know much about JW doctrine. She remembers that her mom was approached by JW’s when she was 11, and they attended Kingdom Hall for about 3-4 years, and then she stopped for over a decade. I knew more about JW doctrine than she did. I was able to bypass the anti-JW spiel and focus on the essentials of the gospel. She was very open and receptive to hearing what the Word of God said, especially after knowing that I genuinely sought to listen and understand her story.

“The beginning of the words of his mouth is folly, but the end of his speaking is evil madness. Yet the fool multiplies words.”

“The proud speech of a fool brings a rod of discipline, but the lips of the wise protect them.”

“The proud speech of a fool brings a rod of discipline, but the lips of the wise protect them.”
Proverbs 12:15

“a wise man will listen and increase his learning, and a discerning man will obtain guidance–”

“…Everyone must be quick to hear, slow to speak…”

“Do you see a man who speaks too soon? There is more hope for a fool than for him.”

“A fool does not delight in understanding, but only wants to show off his opinions.” 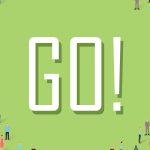