My Experience at The Altar Conference

I WASN’T SUPER STOKED TO GO AT FIRST

When I first heard about The Altar Conference coming to Fresno there was a lot of hype and excitement in the Christian community. I didn’t think much of it, because we always have some sort of a Christian conference happening and they all position themselves to be the event that’s going to bring some sort of radical change. I’ve been to my fair share of Christian events and they’ve been edifying and I’m glad I went, but they’re typically not something I get super amped about. I personally prefer worshiping in the context of my local church and being edified through deep fellowship with close friends.

With that being said, I had no plans of attending the Altar Conference… at first

WHAT IS THE CONFERENCE?

The Altar Conference was positioned as “a weekend of dynamic worship and powerful teaching, provoking believers of all backgrounds into a lifestyle of radical pursuit and relentless devotion to Christ.” That caught my attention. When I saw the worship bands lined up, as well as Francis Chan (someone who has played a key role in my spiritual formation), I developed a little more interested.

Then I started hearing some of the controversy surrounding the event. Good friends and pastors I love and respect were warning people to not attend because some of the headliners were either false teachers, or associated with false teachers. I wasn’t personally concerned that there would be “false teachers”, as some of my more conservative (cessationist-leaning) brothers and sisters in Christ would accuse, because I personally believe they use those terms way too loosely.
My wife Candace purchased tickets to the conference, and I was eager to go – if anything for at least the worship (I knew it would be good) and to hear Francis Chan. I came with a heart full of expectancy to be edified, as well as a mind full of discernment, understanding the concerns that were aired.

It was a busy weekend with many prior commitments, so I was not able to hear every message, but I got the vast majority of what went on. Speakers I heard included: Corey Russel, Damon Thompson, Francis Chan, 15 minutes of Derek Carr and Heidi Baker (I missed Mattie Montgomery and most of Derek Carr’s message).

The worship bands were all amazing. I felt the presence of God in a way I haven’t felt in a long-time during every set. The name of Christ was exalted, the Holy Spirit was tangibly felt, and the Father was glorified. I had a real sense that the thousands of people in the auditorium and I were joining in on worship that was happening in the throne room of Heaven at that very moment. The music and prayers really helped create an atmosphere of reverence and awe before the Word of God was preached.

Again, I missed the first speaking session with Mattie Montgomery, but Candace was able to stay. She came back filled with the joy of the Lord and let me know about the message he gave. Apparently the first message set the tone for the weekend and was centered on the Gospel – lifting up the person and work of Christ to seek and save the lost. Hundreds of people made public professions of surrender to King Jesus.

The first message I heard was from Corey Russel – a man I never heard of prior to that day. He came out during the last worship song, HOLY (by Nikki Mathis and Summit Sounds) and he recited from memory all the verses in the book of Revelation that give a picture of the throne room of heaven. My heart was stirred within me as I was brought to remembrance how amazing this God I serve is.

Damon Thompson was next. He delivered what I would describe as a brilliant breakdown of how the curse of Genesis would be reversed by Christ (the seed of Abraham), and how it would be carried out to all nations through us.
Francis Chan had the afternoon session. He read Hebrews 12:18-29, giving a clear picture of how terrifying God is – and how this is good for us. If this terrifying God is for us, who can be against us? He talked about the implications of what it looks like to really follow God – if his Spirit truly lives in us.

I loved how towards the end Francis talked about how there were differences in his theology than probably most of the people at the conference (even specifically naming some points of disagreement). However, when we have a picture of how terrifying this God we serve is, and how God says “these are my sons and daughters”, it humbles us to not divide over secondary issues.

For the most part, every single message I heard was extremely edifying and turned my gaze and heart towards Christ, except for what I experienced at the end of the night.

Due to one of those prior commitments I referred to in the beginning, I missed the evening worship set but made it back in time to hear the last speaker – Heidi Baker. I personally have never listened to a message from Heidi Baker before, but I am well familiar with the reputation she has in some of the more extreme circles of charismatic Christianity. I’ve seen some of the weird YouTube clips and listened to my cessationist brothers and sisters not only mock her but accuse her of being a false teacher and heretic (again, terms I personally feel they often flippantly overuse, which is why I take these accusations with a grain of salt).

However, I came with an open heart and an open mind, as well as a discerning spirit. I was extremely let down and grieved at what I witnessed. Candace and I entered the stadium to the sound of mindless droning and chanting. She was on her knees praying (a posture we should all take before a holy God), but she wasn’t making any sense at all. There was about 45 minutes of incoherent babbling and crying and singing. She would say things like “we need to go high! But low, and slow… and get up!” When she started singing “He’s got the whole world in His hands”, I looked up and about 2/3 of the crowd had already left. She would periodically break from her chanting to stand at the podium and speak, but even then, nothing made any semblance of a logical point. No teaching, no word of instruction, no exhortation, nothing but senseless chatter.

I wouldn’t call it heresy; it was just nonsense.

I would be the first to admit that sometimes in my personal prayer time with God I have no words to speak. I try to speak and can sometimes babble and make no sense. Other times, I have a word in my Spirit, but my mind cannot articulate what I want to say and the Spirit intercedes for me with groans and utterances that words cannot express (See Romans 8:26). If someone were to be in the room with me during those times, it would seem weird. It’s a personal time between me and God and I am deeply edified.

However, in a corporate setting if you have nothing to say we are instructed to keep it between ourselves and God. Look at these excerpts from Paul’s correction to the Corinthian church:

“If you are praising God with your spirit, how can one who finds himself among those who do not understand say “Amen” to your thanksgiving, since he does not know what you are saying? You may be giving thanks well enough, but the other man is not edified…

What then shall we say, brothers? When you come together, everyone has a hymn, or a word of instruction, a revelation, a tongue or an interpretation. All of these must be done for the strengthening of the church… if there is no interpreter, the speaker should keep quiet in the church and speak to himself and God.” (Read all of 1 Corinthians 14 for the full context)

Yes, I am judging because we are called to make right judgement according to what the Word of God says (See John 7:24 and 1 Corinthians 5:12 for example). I’m not only judging by the Word of God, but what I felt in my spirit as I witnessed hundreds of people who were just singing praises to Jesus turned off by mindless chatter as a person was edifying herself in front of thousands of people. My spirit was grieved.

The entire conference was amazing, except for what I experienced during Heidi Baker’s “message”. I believe that what Derek Carr and Mattie Montgomery were praying would happen at the conference, did. That it would be a weekend of dynamic worship and powerful teaching, provoking believers of all backgrounds into a lifestyle of radical pursuit and relentless devotion to Christ. That it wouldn’t be a moment, but a movement.

I am extremely happy I went. I connected with God through amazing worship and was stirred by powerful teaching to follow Christ more closely and commit to Him more deeply. I truly believe that the hundreds of people who made public professions of faith in Christ were introduced to the God of the scriptures, and were challenged to follow Him with everything.

So though I have points of correction, I am not throwing out the baby with the bathwater. I hope this conference continues, and that the leaders would stay truer to their mission of including “believers of all backgrounds” by using discernment as to who should be invited and holding the speakers accountable to Paul’s instructions in 1 Corinthians 12-14 for orderly corporate worship.

I pray that my conservative brothers and sisters would be more generous and show charity to our Charismatic siblings who may miss the mark in different ways than them, so long as we’re preaching the same Gospel (I understand many would argue that they’re preaching a different Gospel – that’s an issue for another post).

I pray that my charismatic brothers and sisters would continue in their passion and fervor for the Lord, without throwing out or ignoring clear biblical teaching on orderly worship.

I pray that God would continue and build upon what He started at The Altar Conference.

Sean Tambagahan
Sean is a creative entrepreneur and evangelist. He is the founder of Butler Branding (a full service branding, marketing and design agency) and serves as an elder of his local church - The Word. He lives in Clovis with his wife Candace and three sons.
Recent Posts 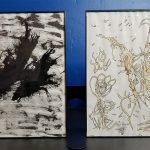 Everyone You Meet is a Divine AppointmentChristian Living, Evangelism 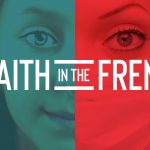 Faith in the FrenzyChristian Living, Culture