Reflections from Witnessing Encounters in 2009

I was rummaging through some old files in an archive hard drive of mine and came across some old journal entries and stuff that I used to type out.  I found this interesting journal entry about some witnessing encounters I had back in 2009.  At this point I was just over 2 years old in the Lord.  Here’s how it read:

Me, Chris Bean and Kyle Dunlap went to the Manchester Mall Bus Stop as we have done a few times in the past.  Terrified (as always), I started praying inside myself for courage to speak to the lost.  We walked around inside of the mall before talking to anyone, then once the courage was built, we headed for the bus stop.  I saw a sad looking African American man sitting by himself next to the benches.  He was wearing a dew rag, and all black; looked hardened, and lonely.  I asked him his thoughts on what happens after death, he told me only God knows.  I asked if he was a believer in God and in Christ, and he told me that he was and that he has attended Cornerstone Church for over two months.  His name was Reuben, and he said that he gave his life to Jesus two months ago… it also turns out that he had no idea what that meant.  I told him what it meant to give your life to God; I said that I don’t like to say “I’ve accepted Christ…” or “I’ve been saved…” rather, “I REPENTED”.  Reuben, downcast, told me “I’ve just got mental problems right now.  I’m homeless, my wife left me, I miss my baby, my mom just died; I’m going from house to house and don’t know what to do…”
I told Reuben “God wants you, God has a plan for you, and the Devil knows it!  He will do everything in his power to make sure that you don’t do what God wants you to do, and that is to KNOW HIM.  Sometimes the friends that seem to be helping you are actually bringing you down…”  Reuben halfway agreed with me, and I asked him if I could pray with him.  He declined, but I will pray for him from home anyways.  I gave him the 30 day challenge, and then his bus pulled up.
I saw another African American man sitting on the seat back of the bus stop bench.  He was an older man, probably in his late 50’s that looked like he has seen a lot of anguish in his life.  I walked up and shook his ashy hands and asked him where people go when they die.  He told me “to be absent with the body is to be present with the Lord”… then handed me a track!   We talked for awhile about evangelism and encouraged each other from our past experiences.  He asked “how many of you are there here today?”  I pointed to Chris and Kyle and said “3”…  he told me to pray, then stood up and started open air preaching in front of everyone at the bus stop (ear distance of about 20 people)… he said “I just want all of you to know that Jesus loves you…” then started quoting scripture after scripture.  It was one of the most beautiful things I have ever seen.  He spoke with such a soft voice, but at the same time loud enough for people to hear.  When he was done, he talked to me and Chris about how he was stirred up after talking with me for a brief moment, and then walked off excited and encouraged.  This was strange, as I felt he was the one doing all of the encouraging.
The whole time he was talking, I saw a white guy, about 18-20 years old; a big guy, probably 250 lbs with stubble as long as his hair.  He was standing about 10 feet away trying to act like he wasn’t listening.  I felt the spirit telling me to talk to him, but I didn’t know how to open.  So I went up and opened like I normally do and asked what his thoughts were on the afterlife, and he jokingly told me that for him, he hopes it’s a place covered with an obscenity used to describe women’s breasts.  I got him to be serious, and he opened up to me telling me that he has a problem with drugs.  He thinks about what could be out there sometimes, but never dwells on it.  There could be a God, but he never looked for him…  after a little touch on apologetics, a young Asian looking guy (probably about 20-25) walked up and started talking.  It sounded like he was downgrading the belief of God, and was misquoting scriptures, but said that he believes in the New Testament and has read it countless amounts of times.  After some counters from me, I moved my way back to Frank and the Asian guy left (I felt a presence of demonic power from the Asian trying to pull me away from Frank).  After talking, Frank told me that he was sick of the way he was living; he can’t handle it, and doesn’t know what to do.  I gave a brief testimony and instructions on how to find purpose in life through God, and the way to do this is to pray and read God’s word.  When Frank’s bus pulled up, he looked upset and said that he had to leave… I frantically looked for a pen, asked him if he had a cell phone (he didn’t), then opened my wallet and found an OLD business card that I forgot was in there… I gave it to him, told him to call my office on Monday, and gave him the 30 day challenge.  We’ll see if he calls. 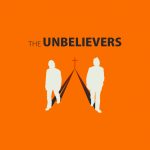 Faith vs. Science? Review of the film “The Unbelievers”Uncategorized 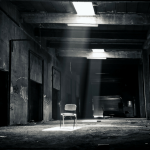